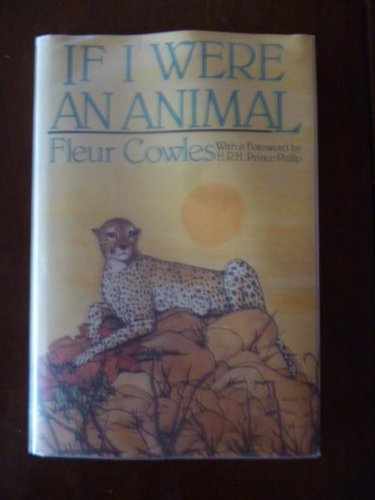 I was trying to verify the actual “virus” quotation by Prince Philip, the Duke of Edinburgh, permanent Canadian Privy Council member. These two links help:

Quote from a reader’s comment at the first site:

It is actually an interpretation of a quote he made in the foreword of “If I were an animal” by Fleur Cowles. I have the book but it is quoted here,

I just wonder what it would be like to be reincarnated in an animal whose species had been so reduced in numbers than it was in danger of extinction. What would be its feelings toward the human species whose population explosion had denied it somewhere to exist… I must confess that I am tempted to ask for reincarnation as a particularly deadly virus.

From the second source:

Heavy has been unable to find any evidence of the prince using those exact words. The closest phrasing came in the foreword that Prince Philip wrote for the 1986 book, “If I Were an Animal” by Fleur Cowles. The book saw over 100 celebrities answer Cowles’ question about what they would do if they were an animal. The answers came in the form of poems and short stories.

The prince’s foreword reads, “I just wonder what it would be like to be reincarnated in an animal whose species had been so reduced in numbers than it was in danger of extinction. What would be its feelings toward the human species whose population explosion had denied it somewhere to exist . . . I must confess that I am tempted to ask for reincarnation as a particularly deadly virus.”

There is a copy currently for sale (very expensive) at Amazon.

Prince Philip on what should be done about “overpopulation”

Heavy.com also refers to this 1981 people.com article and interview with Prince Philip:

Vanishing Breeds Worry Prince Philip, but Not as Much as Overpopulation
By Fred Hauptfuhrer | December 21, 1981

Human population growth is probably the single most serious long-term threat to survival. We’re in for a major disaster if it isn’t curbed—not just for the natural world, but for the human world. . . . If it isn’t controlled voluntarily, it will be controlled involuntarily by an increase in disease, starvation and war. . . .

. . . I was in Sri Lanka recently, where a United Nations project set out in the late 1940s to eradicate malaria. It’s an island and it was therefore possible to destroy the mosquito carrying the disease. What people didn’t realize was that malaria was actually controlling the growth of the population. . . .

He gives communist countries some credit in addition to criticizing them:

. . . I don’t think Marx or Lenin ever said anything about conservation of nature. Yet a lot of it is very good. In most cases, it’s run very efficiently. Being an authoritarian system, they can say, “Look, this is a reserve.” They don’t have to worry about the consequences. . . .

So you get a sense of the elite’s attitude towards communism (see Antony Sutton’s research).

He refers to his World Wildlife Fund and efforts to stop ordinary people from accessing the wealth that would have arisen from resources they declared as “endangered species.” Pardon me for my interpretation. That’s the monopolistic feudal system he has been part of operating (more covertly in post-war times until NOW (Great Reset)). Also I have plenty of posts on their current efforts to remove people from their traditional lands (and rights) –here and overseas. I have also documented how the WWF has been key in lobbying for decades of environmental legislation (Ontario being the example of interest).

The idea of “over-population” in pop culture represents multiple generations being brainwashed to accept elite monopoly control over resources.

Value for value: Contributions are needed. Please support this effort to inform the public.

My Posts on Social Media

We don’t want your lies, your wars, your torture, your Big Brother, your Brave New World. We want our rights, our privacy, our freedom.
Tyranny is being sold to us using an organized deception. Rights and freedoms make us safe! We do not accept a shattered economy, isolation, muzzles, immunity passport manacles or brands, and mandated vaccinations. We are not betraying private information and contacts!

Value for value: Please support this effort to inform the public.

The ArriveCan app is a pilot test for a digital identification program in partnership with the WEF.

ITALY 🇮🇹 TRANSLATION-Pfizer crimes against our babies,cardiac arrest of a 2 month old baby 1 hour after the ex product. Another 58 children who received this #Pfizer product experienced life threatening adverse events 😢
SAD TO SAY BUT I BLAME THE PARENTS ALSO. #StoptheShots

Do you want to see the future that Justin Trudeau and the World Economic Forum have in store for Canadians?

No problem, just look at China today, where access to everything is tightly controlled via QR codes and all resistance is trampled.

This is a Lithium leach field. This is what your Electric Car batteries are made of. It is so neuro-toxic that a bird landing on this stuff dies in minutes. Take a guess what it does to your nervous system?
Pat yourself on the back for saving the environment.